Home > The Arts > The Same Earth

Review of The Same Earth 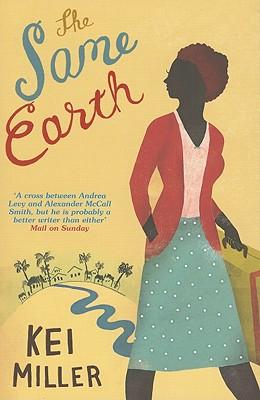 The Same Earth by Kei Miller is set in the small village of Watersgate in rural St Mary Parish, Jamaica and Manchester in England. The novel is character driven, following the story of Imelda Richardson as she moves from Jamaica to settle in England then, on the death of her mother, her return to Jamaica. The Same Earth includes many colourful characters, including:

As part of the story, The Same Earth describes Imelda's experience of moving to England from her home country and struggling to fit back in to Jamaica when she returned. Her experience overseas earned her a law degree and the confidence to suggest ideas (such as setting up a neighbourhood watch scheme when her neighbour's polka-dot panties were stolen) which inspired wariness within her community and derision from community leaders who were feeling displaced. She also acquired a more open minded attitude to human relationships, which 1980s rural Jamaican society was not ready for. Despite several heroic deeds which initially earned Imelda the respect of her community, she was soon the subject of envy, suspicion and contempt.

The book is structured almost like a collection of humorous short stories about Imelda and other characters in the story which interweave to form the plot.