Fruit of the Lemon

Home > The Arts > Fruit of the Lemon

Review of Fruit of the Lemon 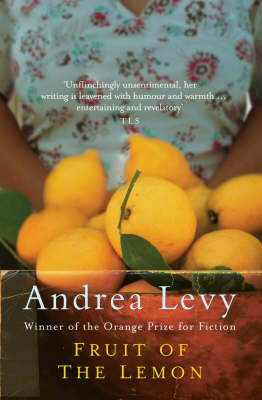 Fruit of the Lemon is a novel from Andrea Levy which focuses on identity of 2nd generation Jamaican immigrants living in Britain.

The central character of the novel is Faith Jackson who was born in London to Jamaican parents. Faith's upbringing was typical of that of most children growing up in the UK and she had never given much thought to her parents' background or their life in Jamaica before moving to the UK.

After graduating from university Faith began a glamorous job, working in the costume department at the British Broadcasting Cooperation (the BBC). She shared a lively flat with several friends and seemed to be living the kind of life most young people aspire to. However, things changed for Faith when her parents announced that they would be moving back to Jamaica to live. At first Faith was angry and confused about why her parents wanted to move "back" to a country far away which they seldom spoke of (and she seldom thought about). The news had an unsettling effect on Faith which challenged her sense of identity. She became more aware of the way in which her race influenced the way people interacted with her and soon became withdrawn and disinterested in her glamorous lifestyle. The final straw came when she witnessed the aftermath of a racially motivated attack by vandals on an independent bookshop.

To help with the issues which were dragging her down, Faith's parents arranged for her to take a two week trip to Jamaica to meet relatives and understand more about her background.

After arriving in Jamaica, Faith was taken under the wing of her Aunt Coral, a garrulous character who was very willing to talk about members of her family tree. The journey back through her family tree (told by Aunt Coral and other family members) revealed family branches in Cuba, Panama, New York and Scotland, with many family members having experienced their own challenges of race and identity over the many generations of the family's history.

The Fruit of the Lemon should strike a chord with many Jamaicans who have lived overseas or have family members living abroad. However, the themes explored are not unique to Jamaicans living overseas and expatriates from any country may recognise some familiar experiences or emotions from Faith Jackson's story.