Tessanne Chin was born on 20 September 1985 in Kingston Jamaica. Tessanne comes from a rich musical background, her mother (Christine Chin) used to sing and play the trumpet in "The Carnations" whilst her father Richard was the drummer in the same band. Her sister, Tami Chynn, is also a well known recording artist. The family home even has it's own recording studio!

Tessanne's exotic looks come from the mixed ethnicity of her family, embodying the Jamaican motto "Out of many one people". Tessanne's father is of mixed Chinese and Cherokee American ethnicity whilst her mother is of mixed black (Jamaican) and white (English) ethnicity.

As a solo singer, Tessanne Chin is a relative newcomer to the music scene, although she has a wealth of experience in the Jamaican music industry. Before launching her solo career, Tessanne fronted the reggae-rock band "Mile High" and toured with Jimmy Cliff as a back-up singer for several years. Tessanne has also shared the bill with many high profile artists including Patti Labelle, Peabo Bryson and Neyo.

Tessanne Chin's first single was the breakthrough 2006 hit, Hideaway, which became very successful both in Jamaica and internationally. Hideaway was followed-up with "Black Books" in 2007 and "Messenger" and "Broken Melody" in 2008. In 2010, Tessanne released her debut album "In Between Words" which featured all of these singles, along with "Are Yun Gonna (Control)" which was also released as a single in the same year.

Tessanne carved out a niche within Jamaican music with her fusion of soulful singing and rock / reggae music, creating a sound which is unmistakably Jamaican whilst avoiding any clichés of Jamaican music.

Life took a dramatic turn in 2013 when Tessanne Chin qualified as a contestant in NBC's hit talent show "The Voice". She was chosen to be on judge Adam Levine's team ("Team Adam") and went on to win the competition.

Tumbling down and new album

As part of her prize for winning The Voice, Tessanne Chin recorded and relased the song "Tumbling Down" which was written by Ryan Tedder as the "coronation song" for the winner of the competition. A new album (named "Tessanne Chin") is slated for release early in 2014. 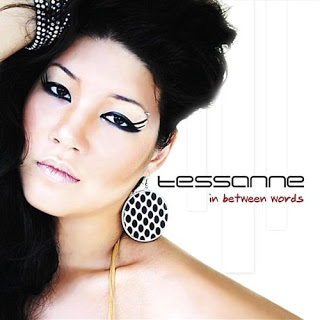 Songs from "The Voice"

Try
Next to me
Stronger (What Doesn't Kill You Makes You)
Many Rivers to Cross
Safe and Sound
My Kind of Love
Brave
A Hard Day's Night
Say It, Just Say It
If I Were Your Woman
Royals
One Day
Underneath It All
Redemption Song
Unconditionally
You've Got the Love
Joy to the World / O Holy Night
Bridge over Troubled Water
I'll Be There
Try (reprise)
Let It Be
I Have Nothing
Tonight is the Night
Hold On, I'm a Comin
Love Can Move Mountains
Tumbling Down