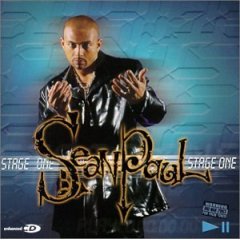 Stage One is the first full length album by Sean Paul. The album is essentially a collection of Sean Paul’s early singles, many of which were very successful dancehall tracks. Dancehall fans listening to Stage One for the first time should recognize the hit singles "Deport Them" and "Hot Gal Today". Even those less well versed in 90’s dancehall music may recognize some of the more famous riddims used on some of these tracks (for example, the "Bookshelf" Riddim - used by Beenie Man for "Bookshelf" and the "Playground" Riddim - used by Beenie Man for "Who am I?").

It is clear from this album that the work of Supercat has had a profound influence on the vocal styling of Sean Paul.

Stage One is much more of a dancehall album than Dutty Rock. The latter being recorded with the American and European markets more clearly in mind.

One criticism that Stage One commonly attracts is the amount of comedic sketches ("skits") contained on the album. Whilst some people may find these funny when first listening to the album, the naturally short shelf life of any form of comedy means that the humour of these sketches wears a little thin after they have been heard several times.