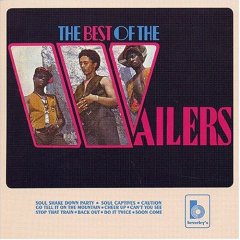 The Best of the Wailers is a collection of all the Tracks the Wailers recorded for Leslie Kong's Beverley label in 1970. The band strongly objected to the title used for this album, as it implied that they had run their course and had already recorded the best material they were able to offer. However, Kong didn't believe that the Wailers had much more creative mileage left in them at this stage of their careers so decided the time was right for him to cash in with a "Best Of" album.

Legend has it that the Wailers made sinister warnings to Kong about a terrible fate which would await him if he went ahead and released the Best of The Wailers. Tragically, Kong died of a heart attack one week after the album was released (at the age of 38)