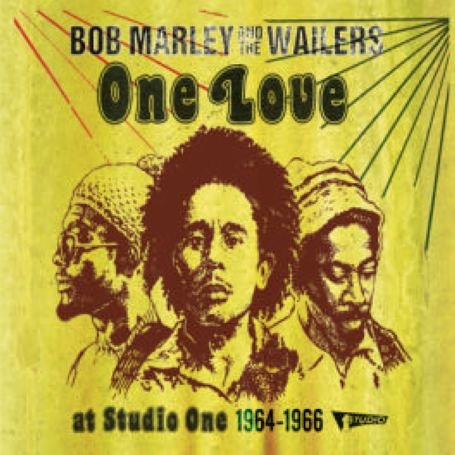 The Wailers cut over 100 tracks for Clemant "Coxone" Dodd at Studio One. One Love at Studio One is a chronological compilation of 40 of those tracks, recorded between 1964 and 1966.

The Wailers were not established as a reggae band when these recordings were made and were still experimenting with a wide range of musical styles. Several styles can clearly be heard on this compilation - ska (Simmer Down, One Love), rocksteady (Jailhouse, What am I Supposed to Do), gospel (Sinner Man, Amen) rock (Can't You See) as well as cover versions of pop and r'n'b tracks (And I Love Her - The Beatles, Teenager in Love - Dion, Like a Rolling Stone - Bob Dylan)

Bob Marley had not become the "leader" of the Wailers at the time of the Studio One sessions. Many of the tracks feature other band members on lead vocals and several do not feature Bob Marley at all (as this compilation covers the period when he was working in Delaware).