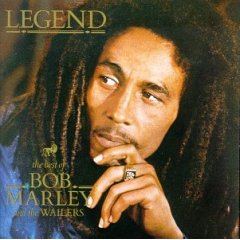 Legend is a compilation of Bob Marley's best known songs. The tracks on this album package Bob Marley's most commercially successful tracks together. Songs are taken from all of his Island label studio albums (with the exception of Survival and Rastaman Vibration. This is the best selling Bob Marley record (and, for that matter, the best selling reggae record) of all time.

Being a "greatest hits" album Legend is a good introduction to Marley's music. However, most of the tracks here are more enjoyable to listen to when heard in the context of their original albums.

The digitally remastered version of Legend contains two bonus tracks, "Easy Skanking" and "Punky Reggae Party" as well as the full album versions of "Exodus" and "Stir It Up" (the original release of Legend featured the shortened single versions of these two tracks). 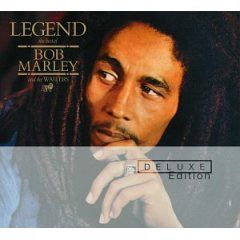 The Deluxe Edition (released in 2002) contains a second disc featuring extended versions and remixes of well known Marley tracks which were originally released on 12" maxi-singles during the 1980s.

The same tracks as for the remastered version of this compilation.

Disc 2 - with "Deluxe Edition" only