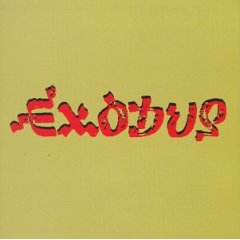 Exodus is Bob Marley's most commercially successful album and was named as Time Magazine's Album of the Century. Many of Bob Marley's hits are on this album, with five tracks (Exodus, Jammin', Waiting in Vain, Three Little Birds and One Love) featuring on his Legend compilation album.

This album was recorded shortly after an assassination attempt was made on Bob Marley, where Bob, Rita, their manager and one of their friends were shot. Marley exiled himself to London where he recorded Exodus. Exodus is much tighter than Marley's previous albums and the use of top-end recording studio equipment is audible. The musical tightness is particularly showcased on Jammin' where the Barrett brothers really prove what a formidable rhythm section they are. This album is almost a concept album and really benefits from being listened to from beginning to end (rather than selecting the odd track at random), much like the Beatles Sergeant Pepper and Abbey Road albums.

The digital reissue of Exodus features an extended version of Jammin' and the "Long" version of "Punky Reggae Party" which was recorded when Marley was working with Lee "Scratch" Perry. 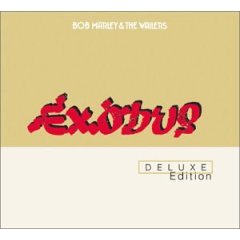 The Deluxe edition of this album was released in 2001 and features many alternative versions of the tracks on the album as well as a selection of songs recorded live at the 1977 Rainbow Theatre Concerts.

The first ten tracks are the same as the standard version, then:-