Bob Marley and the Wailers - Chant Down Babylon (1999)

Home > Music > Bob Marley and the Wailers > Chant Down Babylon 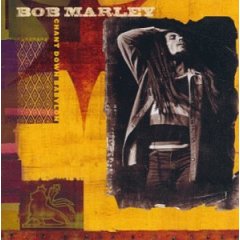 Chant Down Babylon is a tribute album to Bob Marley, put together by his son, Stephen. The album features original Bob Marley tracks whose rhythms and melodies have been "updated", vocal accompaniments are also provided by contemporary R'n'B and Hip Hop artists as well as clips from Marley's radio interviews. Some of the tracks feature significantly re-worked instrumentals (for example Concrete Jungle and Rebel Music) and other tracks (such as No More Trouble and Rastaman Chant) are virtually unchanged. The prominence of the contemporary vocalists also varies greatly with some dominating the vocal line and others just providing a subtle accompaniment to Marley.

As expected, opinion is divided about this album. Many listeners may have already decided that they will either love it or hate it before the first listen. One criticism this tribute has attracted is the inclusion of many artists who have a history of glorifying violence and negative attitudes, something which is not in keeping with the spirit of Bob Marley's music.