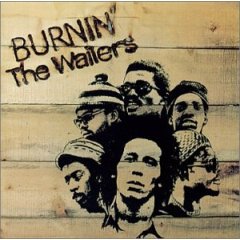 Burnin' is the second and final official album recorded by the Wailers (Bob Marley, Peter Tosh and Bunny Wailer) and was released just six months after their first release Catch a Fire. Like Catch a Fire, many tracks on Burnin' are re-recordings of older tracks.

Tensions between the three Wailers led to the group splitting up shortly after Burnin' was released. All three of the Wailers went on to pursue their own musical careers with Bob Marley recording (with an assortment of musicians) under the name "Bob Marley and the Wailers".

This album does not have quite the same raw energy of Catch a Fire or the commercial appeal of albums such as Exodus but, like all Bob Marley albums, Burnin' is a classic and a must for any reggae music collection.

The digital reissue of this album contains 3 bonus tracks which were out-takes from the Burnin' sessions, "Reincarnated Souls", "No Sympathy and "The Oppressed Song". "Reincarnated Soul" was also the b-side to "Concrete Jungle" 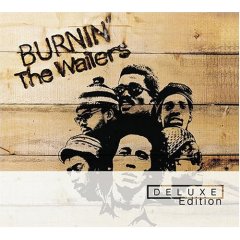 A deluxe edition of this album was released in 2004 which includes a bonus disc featuring many of the songs on Burnin' recorded at a concert in Leeds, England shortly prior to the Wailers break-up. Unfortunately, Bunny Wailer did not play at this concert as he had already declared that he would no longer tour outside of Jamaica.