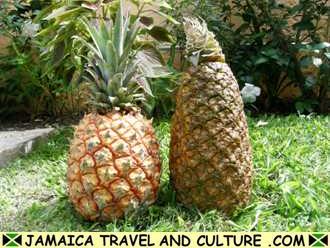 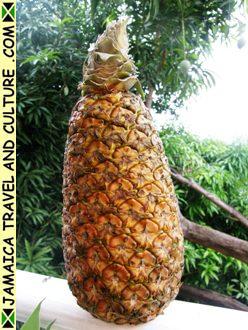 Pineapples are associated with tropical countries around the world and Jamaica is no exception. Pineapples, which are native to South America, were transported to Jamaica by the island's first inhabitants, the Taino Indians.

Four main varieties of pineapple are grown in Jamaica, the two most common varieties are the sugarloaf and cowboy, however, the ripley and smooth cayenne are also grown. The sugarloaf pineapple is generally taller and leaner than the cowboy pineapple, resembling a "sugarloaf" (sugar used to be sold in large lumps or "loaves" before being sold in cubes or in granular form). Sugarloaf pineapples are usually very sweet with a tangy tart undertone and have a relatively thin skin which can be shaved off with low levels of wastage. The flesh is not very fibrous and even the core can be eaten.

By contrast, cowboy pineapples generally have a more rounded shape with a deeper patterned skin and a tough fibrous core which cannot be eaten.

The pineapple features on Jamaica's coat of arms and is imprinted as a watermark on bank notes. 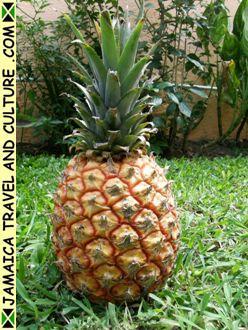 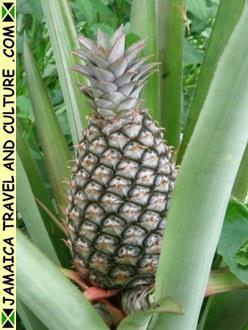