The dried, unripe berries from the pimento tree are used extensively in Jamaican cooking and give food a distinctive Jamaican flavour. Pimento berries are an important ingredient for Jamaican favourites such as escoveitched fish and jerk chicken.

The pimento tree is indigenous to the Caribbean Islands and is believed to be the only spice which is grown solely in the western hemisphere. The pimento tree was first discovered in Jamaica around the year 1500. It has been cultivated and used for cooking ever since. The tree was first discovered by Spanish explorers who named the tree after the Spanish word "pimenta" meaning peppercorn.

Berries from the pimento tree are commonly called "allspice berries" as they are said to combine the taste and aroma of many other spices such as pepper, cloves, nutmeg, ginger and cinnamon. In addition to their use in cooking, essential oils can be extracted from the berries. These oils have been used as flavourings and as ingredients for colognes. 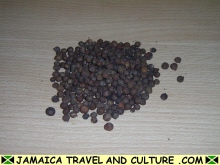 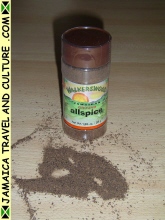 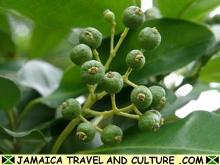