Click on the video to watch Tracy cook some Boiled Dumplings and Fried Dumplings or scroll down to see the picture recipe for Jamaican Dumplings. 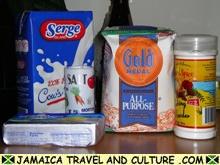 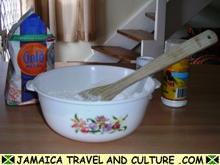 Sieve the flour in to a bowl, stir in the salt and baking powder 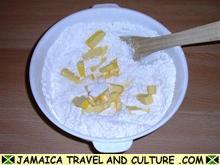 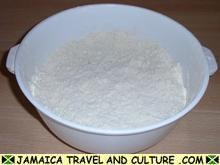 Work the mixture in to a breadcrumb-like texture 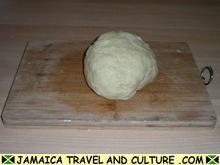 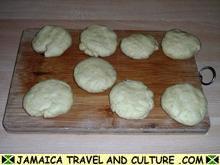 Divide the mixture in to small balls about 5cm in diameter then flatten the balls so they are about 2cm thick. The dumplings are now ready to be either boiled or fried. 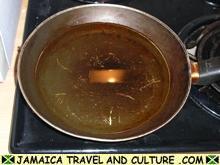 Heat the oil over a low heat 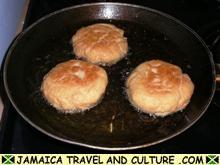 Fry until golden brown (this should take about five minutes) 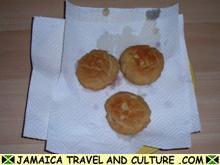 Place on a paper towel to absorb the excess oil 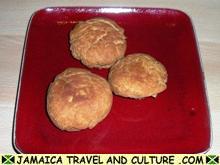 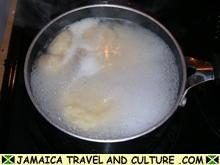 Place the dumplings in boiling water for 15 minutes 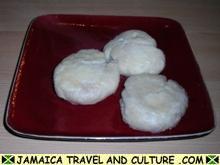