Seaford Town, also know as "German Town" has the most unusual history of all communities in Jamaica. 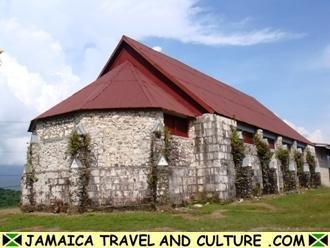 The history of Seaford Town begins with the abolition of slavery on 1 August 1834. Many landowners were concerned that the abolition would leave them with insufficient labour to tend their fields. There was also a concern that abolition of slavery would tip the balance of power towards the black majority and a rebellion may occur. As a result, immigration of indentured labourers from Europe was encouraged. Labourers were sought from European countries, most notably Germany and Ireland. 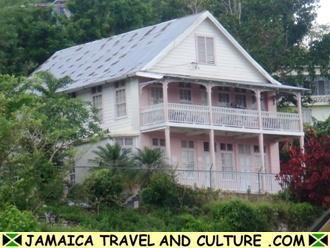 The establishment of Seaford Town

As part of this initiative, Lord Seaford donated 500 acres of land for the establishment of a German settlement in 1835. The settlers were promised cottages to occupy and an allowance to be paid to them until they were able to support themselves. However, when the Germans arrived there was insufficient accommodation and many had to build their own homes. The working conditions were also very harsh and long hours were demanded.

Many of the settlers died within weeks. Over the forthcoming years many more settlers died of tropical diseases and malnutrition, others emigrated to North America. Those that remained had to adapt to the harsh conditions of rural Jamaica, learning how to plant hardy crops such as yam, bananas and cocoa. 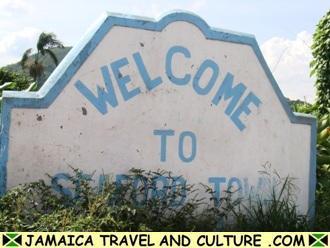 Development of the town

In the last half of the 19th century development began to happen in Seaford Town. Land titles were distributed, a priest was sent from Austria and a church was built. However, unlike other European settlements, the residents of Seaford Town did not integrate with the black community. As such, the community remained entirely Caucasian for many years.

Eventually, the German settlers began to integrate more with the black population. However, evidence of German heritage exists to this day. Many of today's residents have noticeable Caucasian features such as light skin, blonde hair and blue eyes. There is also evidence of the German archeological style with many traditional German cottages still existing. Nowadays around 160 residence of Seaford Town claim direct German lineage and several German words feature in the speech of older residents.