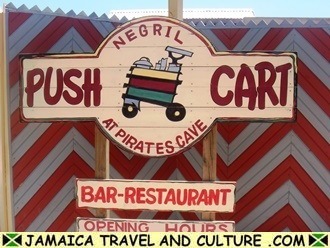 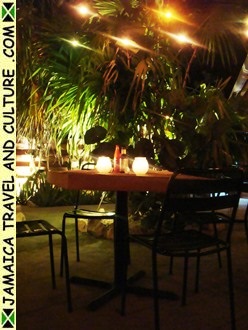 The Pushcart restaurant offers a more upscale take on traditional Jamaican street food. The restaurant specialises in dishes such as pepper shrimp and jerk chicken which are usually sold by the roadside from mobile carts (or "pushcarts", hence the name!) The restaurant is perched on the cliffside in the West End of Negril, giving great sunset views. Whilst the pushcart is more of a restaurant than a café (or roadside shack), the vibe is laid back with sandals and shorts being the recommended attire. A range of speciality cocktails (including the "drunken coconut" which is served inside a whole coconut) as well as all of the usual drinks you would expect to find are served at the pushcart.

The Pushcart restaurant is part of the Rockhouse hotel and is located at Pirate's Cave (next door to the main Rockhouse building). This is a well-known Negril location and has formerly been home to popular bars and restaurants. Scenes from several films have been shot here, including 20,000 leagues under the sea and Papillon.

A free pickup service is offered from local hotels to the pushcart restaurant - call for more details. 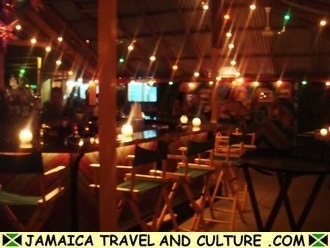 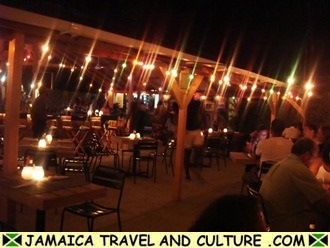