Jackie's on the Reef


Jackie's on the reef offers Negril's ultimate get-away from it all retreat. Jackie's is located at the end of Negril's West End Road, seven miles from the centre of Negril. At Jackie's there are no televisions, computers and only one phone (for emergencies), meaning that your only distractions are beautiful scenery, delicious natural food, a range of massages and holistic treatments.

As the name would suggest, Jackie's on the Reef is built on a coral cliff overlooking the ocean. The buildings are large open structures made of natural, local limestone with wide louvers, arches and alcoves providing a cool, airy environment. The rooms are decorated with spiritual artefacts such as crystals, wind chimes and amethysts. 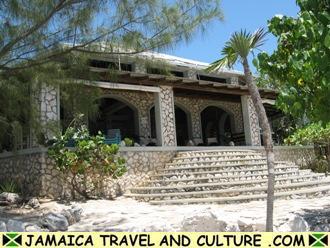 Most treatments are carried out on the reef, within earshot of the waves lapping against the cliff. Treatments include:-

Yoga sessions are held every morning on the veranda and there is a geo-dome for meditation sessions. Several workshops take place throughout the year, focusing on particular aspects of holistic well being. 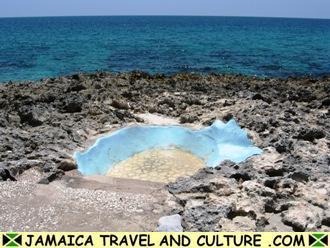 Natural, healthy food is served at Jackie's, cooked up on an open wood burning stove. Many organic herbs and vegetables are grown on the premises and a wide range of special dietary needs are catered for such as vegan, gluten free and raw foods.

Day guests are welcome at Jackie's but for the ultimate relaxation experience several rooms are available for a longer stay. There are four bedrooms in the main house and a separate cottage with an outdoor bathroom.

Jackie's on the Reef is owned and run by Jackie Lewis, an American lady who was born in New Orleans and grew up in Salt Lake City, Utah. Jackie worked in the New York fashion industry for many years before moving to Negril, Jamaica to get away from the bustle of modern living. 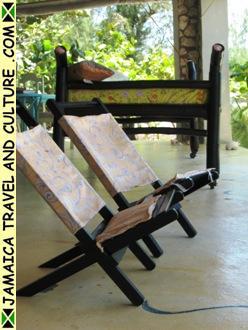 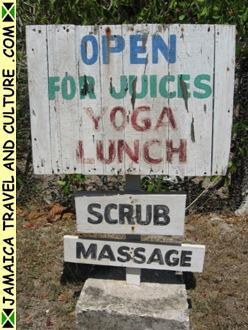