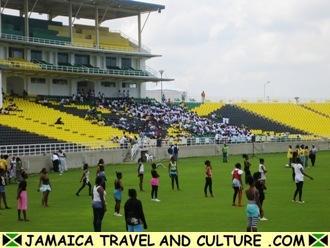 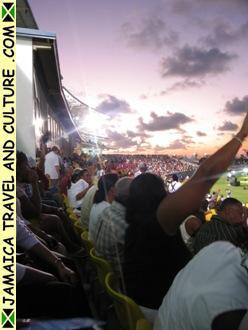 The Trelawny Stadium is the largest multi-sports stadium in Western Jamaica. The stadium was constructed for the 2007 ICC Cricket World Cup. The construction was a joint venture between the governments of Jamaica and China. The Chinese Government fronted US $30 million for the construction and most of the construction workers were Chinese.

The Trelawny Stadium hosted four warm-up matches and the spectacular opening ceremony of the 2007 Cricket World Cup. The stadium has also hosted football matches, including the Reggae Boys' (Jamaica's national soccer team) World Cup 2010 qualifying match against the Bahamas in 2008.

The stadium is also home to the Trelawny Stadium Community BMSAI Arts & Media Centre. This is a community project set up by Ras Astor Black and Ras JaHsun to promote artists from the local community and to showcase Trelawny's vibrant underground arts scene.