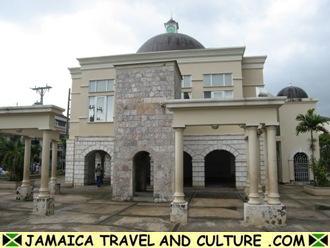 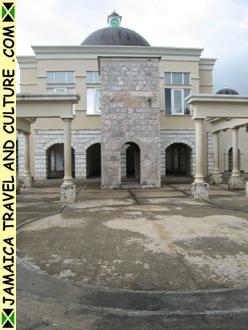 The Montego Bay Civic Centre stands on the south face of Sam Sharpe Square, on the site of the historic Montego Bay Court House. The centre was opened in 2001 and was built in the Georgian style of the original court house and looks perfectly at home on the cobble-stoned Sam Sharpe Square.

The Montego Bay Civic Centre currently houses the Museum of St. James, an art gallery and a theatre. The museum traces the history of St James parish, from the Arawak era to the present day. Exhibitions and shows are hosted by the museum and theatre respectively, ask at the museum for details of upcoming features.

The original Montego Bay Court House was opened in 1810. The Court House was a grand structure and an important building for the city. Court cases were heard downstairs whilst artistic endeavors such as plays and balls were hosted upstairs.

The most famous case to be heard in the Court House was that of Sam Sharpe, who went on to be named one of Jamaica's national heroes. Sharpe was found guilty of his role in the rebellions during 1831 and 1832 and subsequently hung in the square. It is believed that these rebellions acted as a catalyst to the 1834 Emancipation Act, passed by the British Parliament. The act was read from the balcony of the Court House.

A fire spread through the square in 1968, destroying the Court House and many other buildings. The restoration project began in 1999 by the Urban Development Corporation. The Montego Bay Civic Centre is now being managed by the St. James Parish Council. 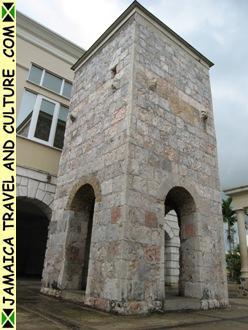 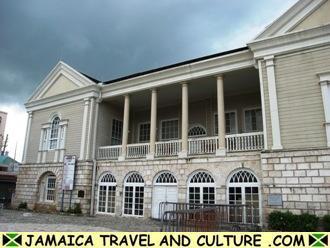