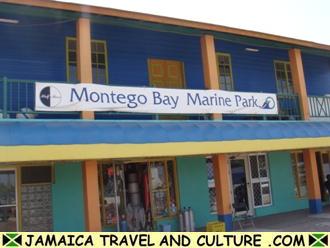 The Montego Bay Marine Park is a vast area of protected sea water surrounding the entire length of Montego Bay (from the Donald Sangster International Airport to the Great River). The park includes the waters of Doctor's Cave Beach, Aquasol Beach, Cornwall Beach and Dead End Beach as well as the private beaches of hotels in and around Montego Bay. Certain activities (such as fishing and water sports) are prohibited or restricted in various parts of the park in order to preserve the underwater environment for future generations.

The Montego Bay Marine Park can be explored simply by going for a swim at any of the beaches in Montego Bay. To get a closer look at the aquatic wildlife take along a snorkel and mask or join an organised snorkelling or glass bottomed boat trip out on the reef. For a more immersive experience there are several scuba diving schools in Montego Bay which run diving trips for experienced divers and curious non-divers (as well as diving courses for those looking to get certified). Alternatively, trips in a submersible boat are run from the park's headquarters at the Pier One marina.