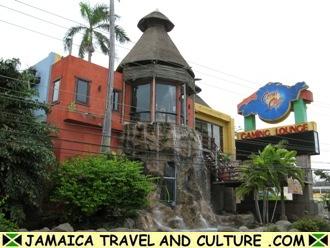 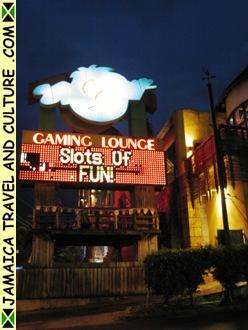 Coral Cliff is the biggest casino in Montego Bay. The casino specialises in video slot machines and includes other attractions such as pool tables and live entertainment. The gaming lounge features a variety of fantasy themed environments, from the jungle to an Alpine log cabin.

Coral Cliff was established in a former colonial-era home which belonged to a family who made their name in publishing. The adjoining Coral Cliff Hotel features period details such as traditional furniture and décor. There are three main bars / restaurants in the Coral Cliff Gaming Lounge, Ma Lou's, The Rum Jungle and Chillin'.

Ma Lou's is a self styled "Gourmet Food Shack" which serves regional dishes from countries all over the Caribbean, including Jamaica, Haiti, Trinidad and the Bahamas. The intimate restaurant has African themed décor and there is a large window providing diners with a view of the kitchen.

The Rum Jungle is Coral Cliff's 24 hour café bar. Full bar service is available and the speciality tipple is, unsurprisingly, rum! The Rum Jungle serves over 100 varieties of rum from around the world. The Rum Jungle also the main entertainment area of Coral Cliff, with nightly stage shows ranging from local bands to glitzy Broadway-style cabaret to cultural shows and fire eating displays. The bartenders also add flair to the evening by juggling bottles when mixing cocktails.

The bar has a jungle theme, including models trees and waterfalls.

Chillin' is a log-cabin themed bar in Coral Cliff. Chillin' is decorated in the style of a ski-chalet and features an ice-bar, complete with shot glasses made from ice.

As well as being a 24 hour bar, restaurant and gaming complex, Coral Cliff is also a 23 room boutique hotel. Guests of the hotel can also enjoy the swimming pool, fitness centre, library and conference facilities.