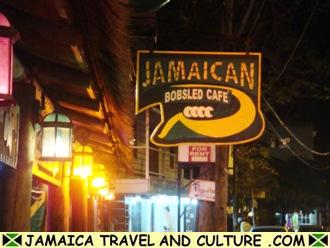 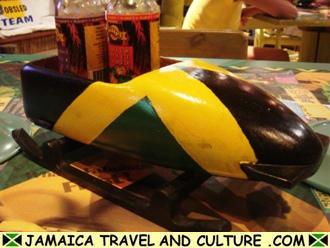 If you spend much time in Montego Bay you're sure to visit the Bobsled Cafe on the Hip Strip. As you've probably guessed, the cafe is set up in tribute to the Jamaican Bobsled team who came to the world's attention by qualifying for the 1988 Calgary Winter Olympics; a story which was later told in the John Candy movie, Cool Runnings.

The walls are adorned with pictures and clippings of the Jamaican Bobsled Team and the original Olympic bobsled in on display in the Bobsled Cafe (you can even sit inside to pose for pictures). In addition, Cool Runnings is shown on loop on one of the cafe's flat screen tvs (with the sound down). The cafe is endorsed by the Bobsled Federation of Jamaica and it donates a proportion of it's profits to the federation.

The Bobsled Cafe specialises in pizza, serving up giant New York style pizzas (the large is big enough for two hungry people). Burgers, appetizers and other dishes are also on the menu. The bar serves a range of signature drinks, served in large glass jars. On Friday nights the cafe has "Jamaica's longest Happy Hour" - from 7pm until midnight.

Tables are available inside the cafe and outside. The atmosphere outside is usually more lively with a DJ playing music in to the night - inside is generally more relaxed.

There is also a branch of the Bobsled Cafe in Montego Bay's airport - the Donald Sangster International Airport. 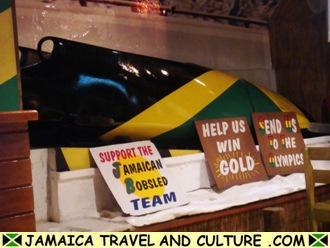 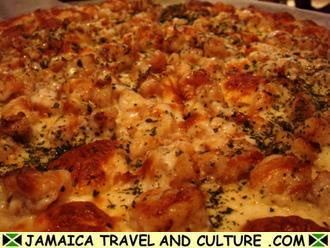