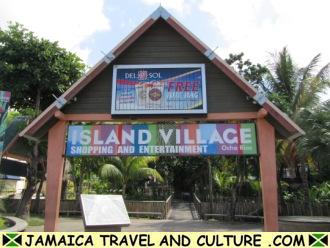 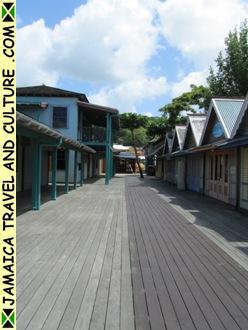 
The Island Village plaza is a versatile shopping centre, themed on an idealised version of a Caribbean village. Although Island village does not strictly resemble the "real Jamaica" it does a good job of providing visitors with the kind of sanitised, picturesque environment that some visitors may be expecting to find in the Caribbean. The plaza is a made up of several two story buildings, built around a central green with a stage and attractive water feature. The brightly coloured shops are built around a boardwalk which leads down to a private beach.

Visitors to Island Village can shop, eat, drink, visit a beach, cinema and museum within the complex and party in to the night. The shops and cafes at Island Village change from time to time, however, some of the more permanent residents are:

Island Village opened in 2002 and was the creation of Chris Blackwell, the Jamaican entrepreneur who is widely credited with bringing Bob Marley (and reggae music) to the wider world. As well as Island Village, Chris Blackwell also owns a range of luxury boutique hotels such as Goldeneye, Strawberry Hill in the Blue Mountains and the Caves in Negril. 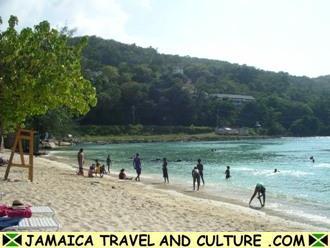 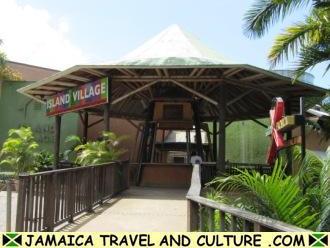