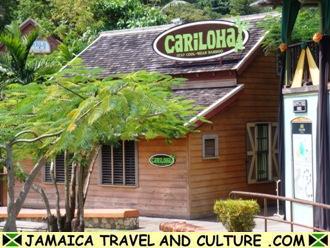 
Cariloha is a specialist store selling products made from bamboo. There is a tropical theme to the merchandise sold at Cariloha and its name is a corruption of the words Caribbean and Aloha! The clothing is made from fibres which are extracted from the bamboo plant and woven in to fine thread which is used is a similar way to cotton. Bamboo is not widely used to make clothing, however, it may surprise visitors to learn that bamboo fibres are

The Ocho Rios branch of Cariloha was originally located in the Island Village shopping centre and was one of the first three Cariloha stores to be opened worldwide (the other two were in Cozumel, Mexico and St Thomas in the US virgin islands) The chain has subsequently expanded and, in 2013, there were 40 stores, mostly in tropical locations such as Hawaii, Mexico and the Caribbean. The Ocho Rios outlet of Cariloha has moved from Island Village shopping centre to the Harbour Shops.