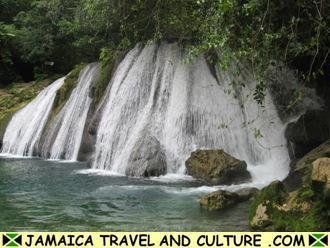 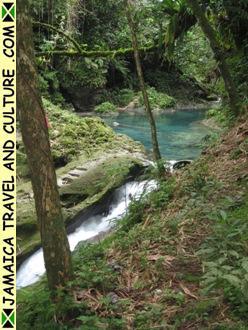 Reach Falls (sometimes spelled Reich Falls) is the most natural and undeveloped large waterfall in Jamaica. The main waterfall is about seven meters high and 20 meters wide, falling in to a large pool below. It is here that scenes from the Tom Cruise movie cocktail were filmed.

Above the main falls the Drivers River meanders over a series of natural pools in the limestone rock face. If you follow the river for about half a mile you'll reach the Mandingo Cave (a guide is strongly recommended for this trip). Mandingo cave features a natural waterfall inside.

The scenery surrounding Reach Falls is stunning and showcases natural Jamaica at its best; tropical rainforest, hanging vines, bamboo canes and natural caves envelope the falls. Unlike many of the larger falls in Jamaica, Reach Falls is firmly off the tourist trail, it is not usually busy and never crowded. Some days you may even have the entire waterfall to yourself.

Reach Falls is in the eastern part of Portland, about two miles inland form Manchioneal (up a steep road). The source of the falls is about one mile upstream, in the John Crow mountains.

Until recently Reach Falls were managed by the farmer who farmed the land alongside the river. However, since January 2007 the Urban Development Corporation have taken over the running of the waterfall. Toilets and changing facilities have recently been installed. 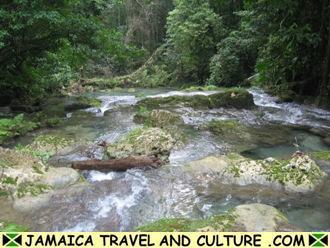 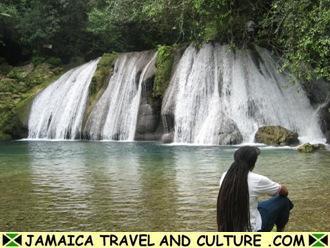