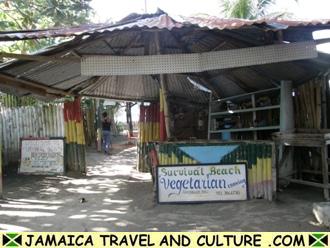 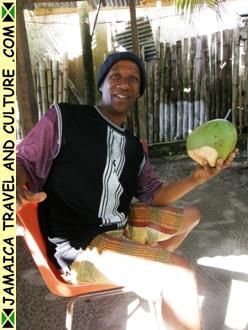 
Oliver's Survival Beach is a vegetarian restaurant located by the seaside in Port Antonio, Portland. The restaurant is owned by Oliver and his two sons and has been in operation for over twenty one years.

Oliver, who is a vegetarian himself does most of the cooking at Survival Beach. His cooking has gained world wide notoriety as he has been featured in several magazines from countries such as, Italy, France and England.

The specialties of the restaurant are steamed fish and a vegetable dish named "Ital Stew". Other dishes, including freshly caught lobster are also available if a prior arrangement is made. Oliver mostly serves lunch and dinner but breakfast can be served on order - the usual breakfast fare is fried dumpling, ackee and saltfish or toast.

The restaurant is frequented by a mix of locals and tourists and diners enjoy the beautiful view of the turquoise sea while devouring scrumptious vegetarian meal. If you're watching the budget Oliver's is a good choice as it is one of the most affordable places in town.

The restaurant is of a funky Ital design, made of bamboo and painted in red, green and yellow and the roof is made of galvanize zinc. Owner Oliver has plans to upgrade his restaurant so that it can accommodate more diners - it currently can accommodate up to sixteen. Oliver advises diners to call in advance to order their meal! 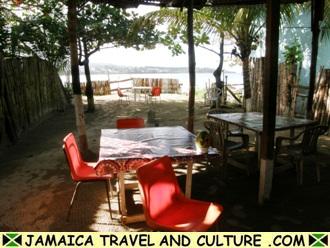 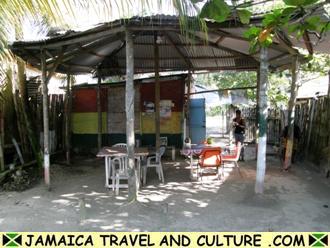