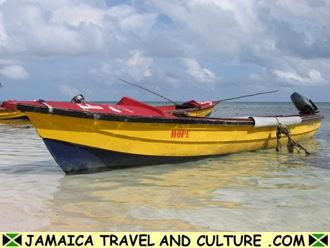 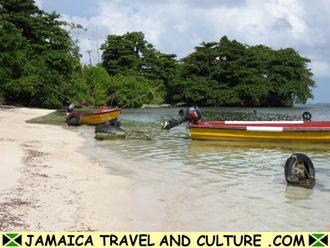 Shan Shy beach is a beautiful white sand beach tucked away to the West of Port Antonio. Shan Shy is a laid back fishing beach where the pace of life is a whole lot slower.

There is a cafe on the beach and you're a short walk from Dickie's Best Kept Secret restaurant.

While you're there ask for Courtney Keating. He and the crew of "The Reggae Boat" won the 2006 Port Antonio Blue Marlin Fishing Competition, beating off fierce competition from many super-yachts that had sailed in from overseas to compete.

Dennis Butler (son of Dickie Butler from Dickie's Best Kept Secret) runs boat trips from the beach which can include fishing, snorkeling and sightseeing of sights such as Navy Island and The Blue Lagoon. Call him on 1 876 8544 763 to arrange a trip. 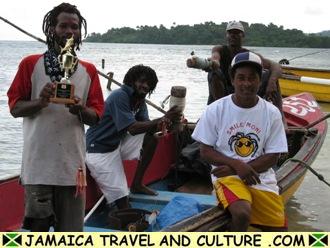 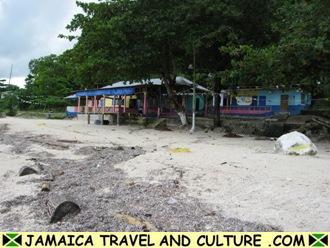