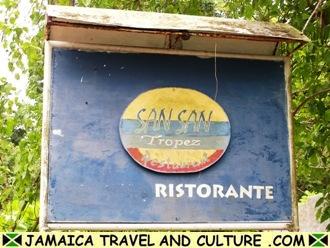 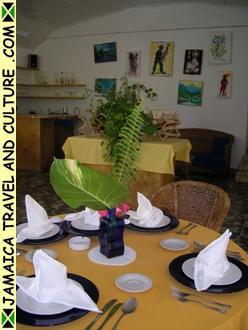 If you're looking for authentic Italian food then Fabio Favalli's San San tropez is the number one choice in Port Antonio, if not the whole of Jamaica. Fabio hails from Milan, Italy where he obtained a phd in political science. Sensing his future did not lie in politics he then attended the Scuola Italiana Pizzaioli, the world's only pizza making academy! In 1993 Fabio decided to set up a business in Jamaica, a country which he had been vacationing in for many years. San San Tropez was open for business three years later and has been thriving ever since.

The dishes served in San San Tropez are cooked using 100% authentic Italian recipes, with ingredients imported from Italy. Diners who have travelled to Italy will be able to appreciate the authentic flavours which are rarely reproduced in restaurants outside of the country. Personally selected Italian red and white wine is always kept in stock.

Fabio found that he settled in to Jamaica very quickly, observing that "I find Jamaican people are very similar to Sicilians, my mother is from Sicily so this gave me a big head start in Jamaica. My staff and I are like a family, we understand and support each other and things work well that way. Most of my staff have been working here since we opened."

Donovan Simpson is one such person, he has been at San San Tropez from day one and has learned to cook Italian food as well as any of Italy's finest chefs (much to the surprise and delight of diners visiting from Italy). However, staffing the villa hasn't always been plain sailing. Fabio explained to us that when he first moved to San San it was impossible to find staff as the previous owner had died in the villa, leaving the people of Port Antonio in fear of his spirit. He took local advice and called in an obeah man to carry out a ritual (akin to an exorcism) and the spirit has not since returned.

San San Tropez is also a hotel where the staff work around the clock to give guests the real Jamaican experience. Guests are picked up from the airport and tours are available every day, including Fabio says "I work much harder now than I would if I had become a politician in Italy but I couldn't be happier, this is my dream". 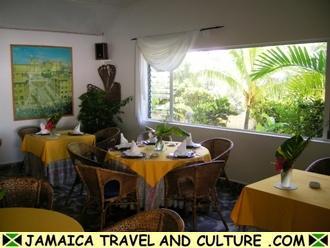 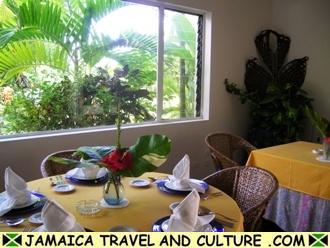