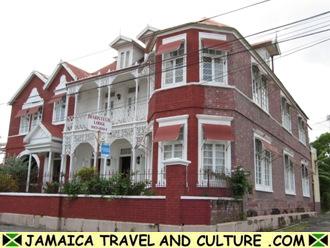 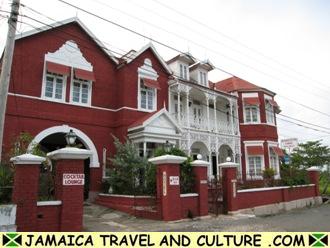 DeMontevin lodge is situated on Titchfield Peninsula, an English settlement, situated between East and West Harbour. The lodge was built at the turn of the century for Hon. David Gideon, the then custos of Portland.

DeMontevin was designed in a Victorian style and is architecturally similar to "Sea Captains House" on the Massachusetts Coast. DeMontevin Lodge has recently been restored, refurbished and tastefully furnished with antiques. It now enjoys the status of being a National Heritage Site.

DeMontevin lodge has a long history of culinary excellence. This began when Mr J Mulling married the cook from Frenchman's Cove, Gladys. Gladys soon began cooking at DeMontevin. The culinary tradition continued at the DeMontevin restaurant under the supervision of Mrs Fay Johnstone, one of Mrs Mulling's proteges. The restaurant is currently closed.