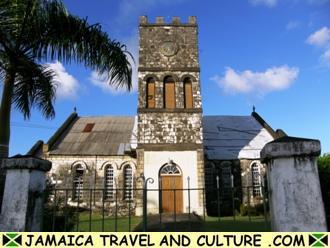 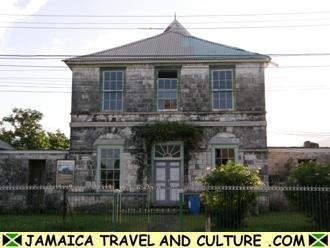 
Buff Bay is the capital of the former parish of St. George. St George's Parish was absorbed in to Portland in 1867 when the number of parishes in Jamaica was reduced from 22 to 14. Nowadays Buff Bay is a small, quiet town which is mostly frequented by coffee and banana farmers from the fertile lands surrounding the Buff Bay River and the Blue Mountains.

Many travellers also pass through Buff Bay on the north coast road to Port Antonio. The most striking building in Buff Bay is the Georgian style Anglican Church, this was formerly St. Georges Parish Church (when St. George's Parish was in existence). The Church was originally a wooden building, constructed in 1750. However, this sustained serious damage from an earthquake in 1813 and was reconstructed from cut stone.

Another striking building in Buff Bay is the court house which once had a workhouse in the back yard and a dungeon to hold prisoners.