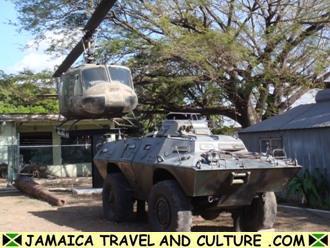 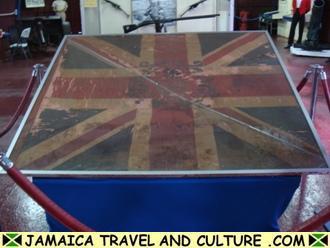 History Up Park Camp was established when the British War Department purchased the 156 acre Up Park Pen in 1752. The site bacame the British Army's Jamaican headquarters and the base of the West India Regiments up until independence was declared in 1962. The base expanded to cover 610 acres of eastern Kingston but over time parts of the camp have been sold by the army. The Bustamante Children's Hospital and National Stadium, Jamaica Librabry Service and the Kingston and St. Andrew Parish Library are on land which was once part of Up Park Camp. Today Up-Park Camp coveres an area of around 220 acres and is the headquarters of the Jamaica Defence Force (JDF), housing most of the JDFs units. The main area of interest to civilians is the newly renovated JDF Military Museum 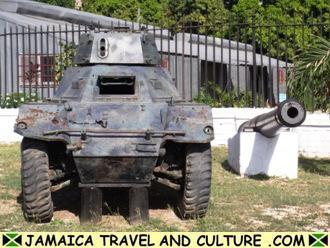 Museum The "Forces Museum" ws originally opened in 1972 and was jointly operated by the Institute of Jamaica and the JDF. In July 2006, the musem was moved to a larger site, close to the main entrance of Up Park Camp on South Camp Road. Highlights of the museum include artefacts (such as weapons, tools, uniforms and medals) from the era of the Tainos to present day and photographs of Jamaica's role in World War 1.

The artefacts on display only account for some 30% of those owned by the military. Artefacts will be rotated reguarly to keep the museum fresh

Plans are in place to develop the area around the museum to include a reference library and internet cafe, in order to make the site a formidable place of reference for those wishing to expand their knowledge of Jamaican military history.

Ghost Story Legend has it that the eponymous "Duppy Gate" is haunted by the ghost of an officer from the days that the West India Regiments occupied the base. Soldiers have reported visitations from a mysterious officer dressed in period uniform who would suddenly vanish as they were ready to report.