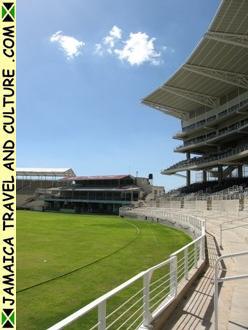 Sabina park was established in 1930 when the first test match was played here. Sabina Park's most famous moment is when Garfield Sobers made a record breaking score of 365 not out in 1958. This record stood unbeaten for 36 years.

The stadium has recently undergone major renovations for the ICC Cricket World Cup 2007, including the expansion of the capacity to 30,000 seats. Spectator seating is spread around four stands.

The Mound - aka "The Party Stand"
This is the stand for spectators who go to the cricket match to party hard! Tickets for the mound typically include food and drinks. A sound system is usually set up in the mound and many patrons bring their own instruments along.

The North Stand
The "best seats in the house" are typically found in the North Stand. The elevated tiers of seats offer an idal vantage point to watch the game unfold.

The Members Pavilion
This is located to the west side of the pitch and is reserved for members of Kingston Cricket Club. In order to preserve tradition the members pavillion was not renovated during the preparations for the Cricket World Cup 2007. Tradition is firmly upheald in the pavillion - it is still forbidden to mention any woman's name in the club house!

The George Headly Stand
Named after the Jamaican cricketing hero, George Headley, this stand is located to the south of the pitch and affords views of the blue mountains as well as the cricket. 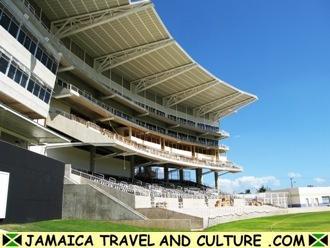 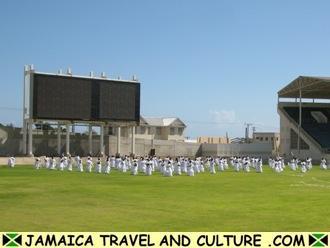