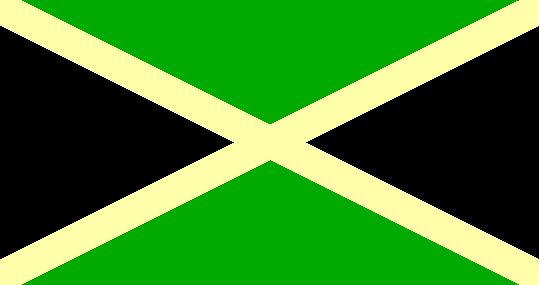 The Redemption Song statue in Emancipation Park was unveiled in July 2003 and is possibly the most controversial pieces of Jamaican artwork of all time The bronze sculpture stands at 11 foot tall and is of a nude couple looking up towards the sky. The statue is set on a water feature of water gently flowing over a dome. At the base of the dome is inscribed "None but ourselves can free our minds". Words originally spoken by Marcus Garvey and later used by Bob Marley in "Redemption Song".

In looking for a sculpture to grace the entrance of Emancipation Park, the National Housing Trust, in association with Jamaica National Heritage Trust and the National Gallery of Jamaica held a competition to determine the design which best symbolised freedom and emancipation. Of the 16 entries received, Laura Facey-Cooper's work was judged to be the best. The two figures were originally carved in styrofoam, the styrofoam monel was then used to build a mould which was then used to cast the bronze statue. The statue weighs over 3,000lb and its constuction required the work of over one hundred people.

The statue has attracted a lot of criticism during its short lifetime, mainly due to the nudity of the two figures and, more particularly, the generous bodily proportions. Others object to the statue on the grounds that the symbolism of emancipation is not explicit enough and that very few people would understand the message; others simply believe that too much money was spent on the statue which could have been better spent elsewhere.