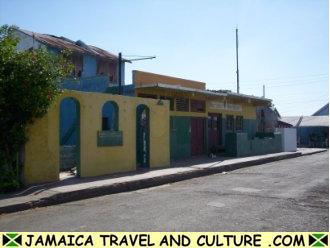 Port Royal - At the end of the Palisadoes

Port Royal was once the busiest city of the Caribbean. During the time of the Buccaneers, Port Royal was a bustling centre for trading legitimate and ill-gotten wealth.

Disaster has befallen the city many times though and it has been repeatedly ravaged by hurricanes and earthquakes. The largest of these earthquakes occurred in 1692, sending 90% of the city under water. Port Royal is now a sleepy fishing town containing crumbling run-down remnants of its former glory.

Port Royal is a great place to come to relax and enjoy the laid back atmosphere of a town enjoying "the simple life". Whilst being geographically close to Kingston it bears little similarity with the capital.