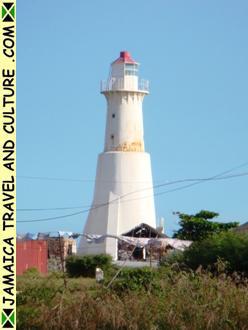 The choppy waters around Plumb Point lighthouse are known to provide good surfing waves. The Jamaican Surfing Association have held several tournaments here. It should be noted that the area is known for strong currents and boat traffic so amateurs and experienced surfers who are not familiar with the area should not attempt to surf or swim here.