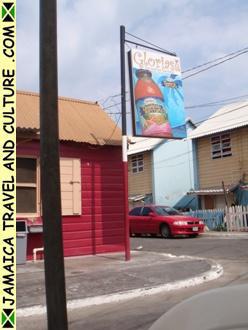 
The most critically acclaimed seafood restaurant in Kingston (and many peoples' favourite in all of Jamaica) is Gloria's Rendezvous in Port Royal. Many Kingstonians regularly make the 30 minute trip to Port Royal to enjoy the delicious fresh fish and seafood dishes, caught locally and cooked to order. Gloria's is only a 10 minute drive from Norman Manley airport, making it a great spot for your first taste of Jamaica after you land (or last taste before you leave), just be sure to leave enough time to catch your flight! Gloria's Rendezvous was opened in the early 70s by Gloria Prawl. Gloria passed away in 1999 and the restaurant is now run by her children.

Gloria's specialises in fresh caught fish and seafood dishes including fried fish, steamed fish, curried lobster and honey-jerked shrimp. Side dishes include bammy, festival or rice and peas. The fish tea comes highly recommended, you won't regret ordering a cup of this to sip whilst you wait for your food to arrive (which can sometimes take a long time if the restaurant is busy).

Gloria's Rendezvous has a rustic, ramshackle ambience, in keeping with the rugged atmosphere of Port Royal. Plastic tables and chairs are set under a large tent on the opposite side of the road to the restaurant. The sea is not visible from the restaurant but waves can be heard crashing against the rocks and fishermen can be seen walking past the restaurant with their equipment and catches. There is also another Gloria's restaurant in Port Royal "Gloria's Top Spot" which is run by the same family and offers the same great food in an indoor environment.