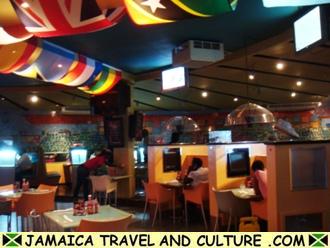 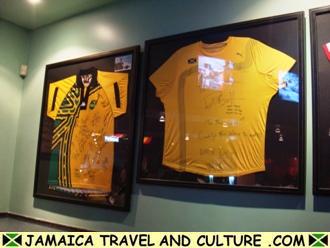 
Cuddy'z sports bar in Kingston is owned and run by legendary West Indies cricketer Courtney (Cuddy) Walsh. Sport (and in particular, Caribbean sport) is the focus of this lively bar. The walls are adorned with sports memorabilia such as the ball Walsh used to take his record breaking 500th test wicket, signed shirts from Usain Bolt and the West Indies Cricket Team, boxing gloves signed by Lennox Lewis, signed photographs from Tiger Woods, Saquille O'Neil and Magic Johnson (to name a few).

There are over 40 television screens in Cuddy'z including a giant screen showing a large selection of sporting events. The booths also each have their own television screen if there is a particular event you want to watch.

The menu features a wide range of meals, sandwiches, pasta dishes and deserts. There are some Jamaican favourites such as Jerk Chicken and stewed peas as well as Jamaican hybrid dishes such as Jerk Chicken Pasta. Most of the dishes have sport themed names like the Rumble in the Jungle Pasta, Sticky Wicket Ribs and the 9.69 Sandwich (named after Usain Bolt's world record beating 100m sprint time at the 2008 Beijing Olympics).

The drinks menu features a large choice of margaritas, martinis, shooters, non-alcoholic cocktails as well as all of the usual drinks.

Whenever there is a large sporting event (such as the Super Bowl or a cup final) Cuddy'z is the hottest joint in town.

Children are welcome at Cuddy'z but are not allowed to sit at the bar, there is a special kids section of the menu. 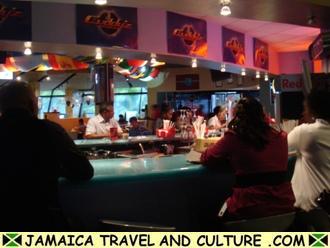 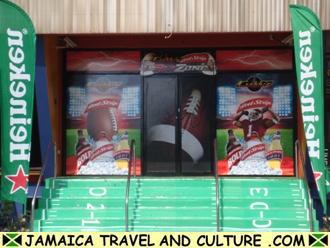